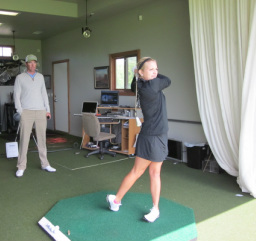 "I began working with Ernie about a year ago. I noticed an immediate improvement in my game. My ball striking became more consistent, and he taught me shots around the green that helped me save strokes in competition. I have been competing at a high level my whole career, but with Ernie's help I was able to step up my game and become an elite player."
-Current Division I golfer

"Over the winter, my daughter was able to concentrate on her swing changes and she really bought into Ernie's philosophy. He just has a way of connecting with her. I've been impressed with Ernie's positive outlook of coaching. He was able to help my daughter not only on a physical level, but on a mental and emotional one as well. I am very pleased."
-Father of local high school golfer who recently set a state scoring record and
won her conference championship 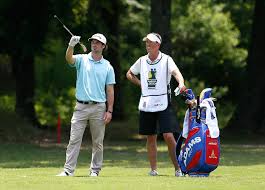 “Ernie helped me develop a solid game plan that pushed me to become better in the areas where I was weak, and sharpen the areas where I was great! With his guidance and desire to make me as great as possible, I made it through all four stages of PGA Tour Qualifying School on my first attempt and fulfilled my dream of playing on the PGA Tour.” – Donald Constable

“Ernie was instrumental in helping me have one of my best seasons on the PGA Tour.  He’s not only a great caddy and instructor, he’s a great person.” –George McNeill